I’m having a fantastic journey!  It is more complicated than I anticipated.

I didn’t realize the strength of my deficits.

It is critical to respect the realities of having a TBI and epilepsy.  Anything can and may happen.  I ordered a Medic Alert bracelet in German to wear alongside my English bracelet while I tour Europe.  My German friend of 30 years assisted me with the translation.  Though many people are fluent in English, I cannot depend upon that being the case if I have an emergency while traveling alone.  I am alone, most often, in Germany, the Netherlands, and England.  England, there is no trouble.  The Netherlands, most people speak two or three languages.  If they do not speak English, they may speak German.  Germany is the sticker.  For the most part I am traveling alone in moderate to small towns.

I have an ungrounded wire in my neck still attached to my vagus nerve from a Vagus Nerve Stimulator (VNS) removed in July 2007.  It didn’t work for me.  I was one of the 3% it made my seizures worse.  I can have only one very specific type of MRI without damaging the nerve.  The leads attaching the wire to the nerve become part of the nerve by growing into it.  As mine was implanted in March 2005, it is a permanent part of me now.  We removed the battery in July 2007, as I mentioned.  The battery did not need to remain.  It was a bulky, uncomfortable, pacemaker-device under my collarbone.  Every time I tried to sleep on my left side it would attempt to leap out of my chest.  I can have any scan or ex-ray, just not an MRI.  That will heat the wire and damage the nerve.  It is critical I not receive the wrong type.  So critical, I purchased two bracelets for my #SurvivalDay20 trip.  I don’t fool around with safety in these matters.  It is too important.  I have come too far to risk anything so easy to remedy by a simple preventive measure. 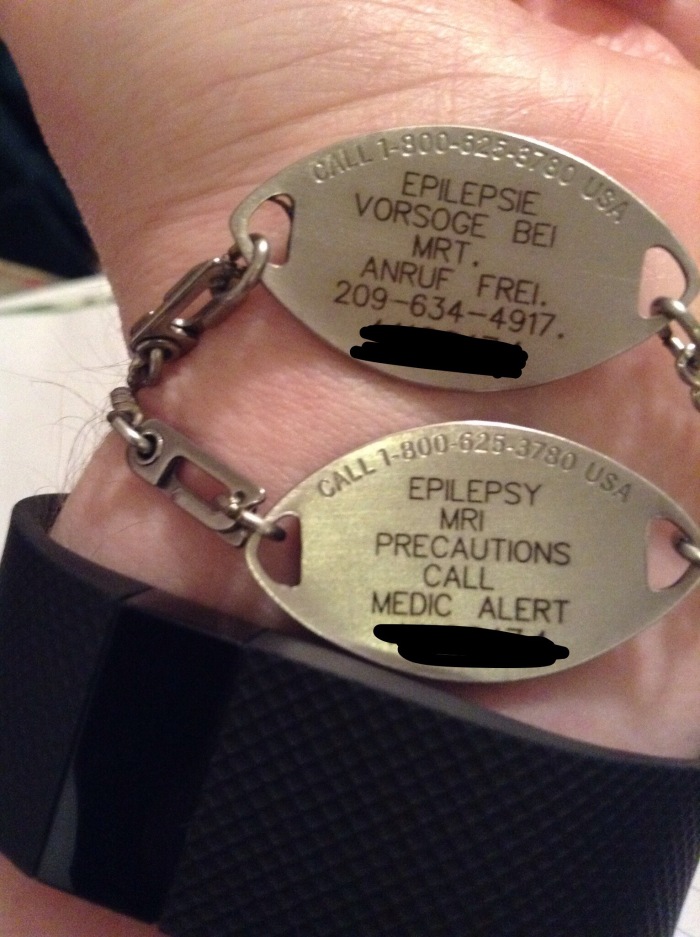